How To Craft a Legendary Climbing Photo on Instagram

300 million people use Instagram every day. A very small percentage of those users are climbers...but with a clever strategy and an awesome climbing photo, you can spread your love of climbing to a lot more people than you think.

Here’s a rundown of our recommended formula, with more detailed information below. Use it to transform your climbing photos into Instagram gold!

Line up the shot
Tweak the lighting and colors
Shoot the coolest moves
Don't mislead your viewers
Be a wordsmith
Hashtag!
Post your photo

Line up the shot

This is where it all begins. You’re not going to shock and delight the socialsphere with a crap photo, so focus on aesthetics. Here are some techniques to try out:

Try to use the good ol’ “rule of thirds” technique when framing your shot. Visualize two equally spaced vertical lines and two equally spaced horizontal lines within the frame, splitting it into nine equal parts. Try to place the elements of your photo along these lines or at their intersections. This strategy would be much easier if Instagram ever implemented a Crop tool so you could modify the borders of your photo. But alas.

The colors, homie, the colors

When your partner wears brown pants and a grey shirt to a talus field, he is not being a good subject. He’ll blend right into the rocks; he may as well have just stayed home. What an inconsiderate guy.

After you’ve uploaded your photo, try using the manual editing options to spice it up a bit. How do you make a photo look authentic without seeming over-edited? Don’t go overboard. Here’s what we recommend:

Play around with the settings, but try not to go crazy. A shot that is clearly overedited usually bombs.

Capture the magic of hard moves

There are beautiful moments on every climb. These are what you should focus on when taking photos!

What would you rather see? Your friend looking down, clearly between moves on the climb, maybe in a strange body position? Or the same friend sticking the next move, legs splayed horizontally in mid-swing, face contorted in effort?

It can be difficult to capture these moments during the actual ascent of the climb. Don’t feel bad about asking your subject to hop on the middle of the climb to get the perfect shot—it’s worth it.

Some people would argue that you shouldn’t post a photo of anyone on a route or boulder they haven’t actually climbed. This is a fair point. Ethically speaking, however, the problem truly lies in perception. Are you making it seem like the subject of your photo completed the climb when she actually didn’t? Are you intentionally misleading viewers?

To avoid controversy, just be clear about what’s actually going on. Be transparent. “Sam linking moves on _______, an area classic,” or “Sam working ________.” You can pull this off relatively easily in the photo’s caption.

In a similar vein, make sure to credit any photographers you repost. There has been a recent trend of certain users reposting photos without giving any explanation or credit. That is stealing, plain and simple.

Your photo is painfully gorgeous, striking joy and nostalgia into the hearts of all who witness it. So why should your caption be any less captivating? In some cases you might feel a caption is unnecessary, but you should consider writing one most of the time as a way to more effectively engage with your audience.

There isn’t really any right way to create a caption. What do we recommend? Be unique. Be yourself. Need some grammar tips? Check out hemingwayapp.com

This step is the one that exposes you to the harsh, unforgiving world of social media. Hashtags are basically keywords that relate to your post with a # symbol in front of them. Include “#climbing” somewhere in your post, and your photo will be stored in an endless archive of photos with the same hashtag for all to see.

You can go as crazy as you’d like with hashtags. If you do decide to maximize your exposure by dropping 90 hashtags into your post, we recommend two things:

The time has come to post. Release your creation into reality.

Luckily for us, our tight-knit climbing community is generally very receptive and kind to quality photos. All previous jokes and recommendations aside, what we advise over all else is to simply share your love of climbing with your peers. Happy ‘Gramming!

Connor Griffith has been climbing for 13 years in areas across the world, from California to Colorado to Switzerland. A V11 boulderer with multiple first ascents around the globe, Connor is also a professional route setter, a student of climbing movement, and a coach.

(Nearly) All photos property of Person of Interest Ltd.

Chalk Bucket - Includes 5oz of Free Chalk
Check It Out

Unicorn Dust (Fine)
Check It Out 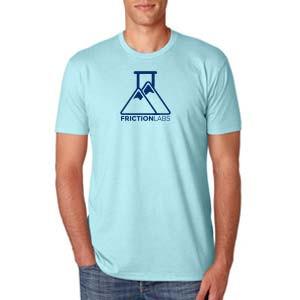 Ice - Men's T-Shirt
Check It Out
Subscribe
We only send emails we'd be psyched to receive ourselves.