A look into the life of FL Pro Justin Salas

Justin Salas started to lose his vision at the age of 14, and he didn’t know why. His doctors diagnosed him with temporary Optic Neuropathy, a degenerative condition caused by damage to the optic nerve. What caused the damage is still a mystery.

After his diagnosis, Justin entered a “dark time” in his life. He was forced to quit playing soccer and riding BMX, and had to start relying on others for help. But things turned around when a friend told him about rock climbing.

The first time Justin went to the climbing gym, he fell in love. Ironically, he describes the feeling as “eye opening. It was so freeing.” His vision loss would typically halt progression in other physical endeavors, but, Justin says, “I continued to progress in rock climbing.” He became obsessed with climbing and training. “I even started dreaming about it,” he writes in an article published by The Project Magazine.

Eventually Justin and his climbing partners would develop their own process for getting him up a project. First they find the climb (either in the gym or outside), describing the sequence and the route features to Justin, letting him feel whatever holds he can from the ground. “Once I know what to expect, I’ll ask about microbeta and feet,” Justin tells me over the phone. “Then I try it from the ground for a flash attempt.” His buddies shout beta at him from below, usually something like “In...in...in!” or “Up...up...right!”

“My friends know me,” Justin says. “They keep me from getting too pumped.”

Over the years, Justin’s climbing skill has exploded – one of his main goals is to become the first adaptive climber to reach the V11 (8A) bouldering grade. But he’s also taken the leap into competition climbing, earning silver at the 2017 USAC Adaptive Bouldering Nationals, gold in the 2017 Adaptive National Championships, and silver in the 2017 IFSC Paraclimbing World Cup (all of Justin’s medals were earned in the Visual Impairment category). He’s aiming even higher for 2018.

Many of us fail to see past our own limitations. Many of us see the limitations of others and react in certain ways; with pity, sympathy, even relief that we are better off. Take a look at Justin, however, and you’ll find a person who’s living the life he wants. “I’ve been able to devote my life to climbing and make it a full-time occupation,” Justin tells me. “That’s the dream.”

Transforming public perception of adaptive climbers (and adaptive people in general) is Justin’s goal. Based on the love he gets from fans and strangers alike, he’s on the right path. In his own words, “I want to use my life story to motivate you to climb your impossible.”

Join us in welcoming Justin to the FrictionLabs Pro Team! 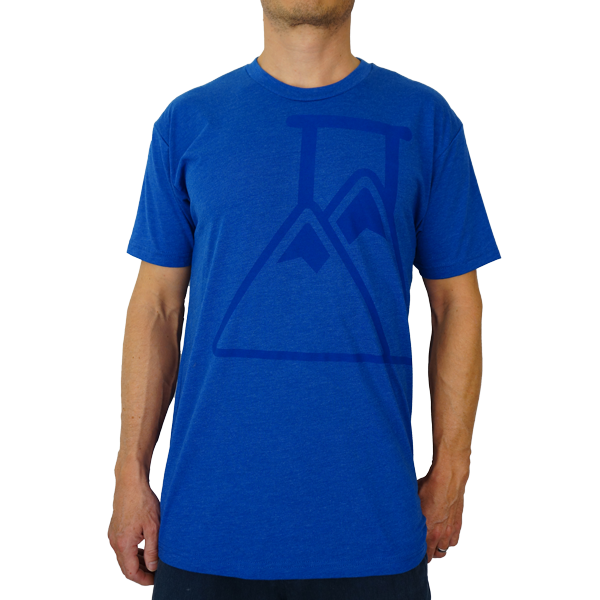 Bold - Men's T-Shirt
Check It Out
us

Premium EX1 Climbing Finger Tape
Check It Out
Subscribe
We only send emails we'd be psyched to receive ourselves.